We talked to researcher and artist Cevdet Mehmet Kösemen about his art journey.

How do you define yourself and how did you start your art journey? 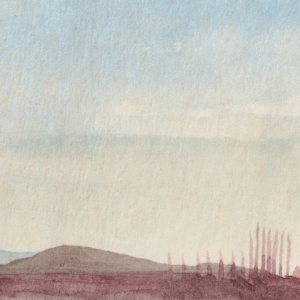 I have been interested in strange creatures thanks to my curiosity from childhood. I used to read books about dinosaurs, reptiles, insects and nature. I was very curious about things that were less human-like. My father was a photographer and my grandfather was an engineer. One of the most important lessons I've learned from my parents is "Don't act like it's over before it's done." and that is very important.My curiosity, which started in my childhood, never died. Therefore, I was able to produce something with my paleoartist or paleontology enthusiast identity. I grew up and started studying movies at university. But then I finished my university education in fine arts. Painting was very appealing to me. Let's say I have a surreal painting practice. I also write research books on architecture, the history of some minorities in Turkey, and various biographies.

How did you enter the world of biology, evolution, dinosaurs and reptiles? How did your curiosity begin? 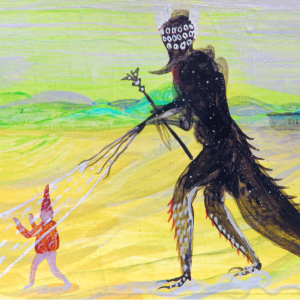 I started reading a lot of zoology and natural history books out of my childhood curiosity. The thing that attracted me the most was certain rules during the evolution of living things. It gave me great pleasure to be able to look at evolution structurally and to understand how certain features developed. Then I started making jokes like that while I was drawing. For example, “What if a polar bear turns into a sea creature after 10 million years?” I used to think. I used to draw a polar bear like a white shark but a manatee with short claws and fins. This is called "speculative evolution" or "speculative biology". It's great to do exercises like this. It makes people more creative and keeps their curiosity alive.

What place do trends, myths and stories like symbolism and surrealism have in the contemporary world for you?

I think unrealistic but fact-based depictions such as symbolism and surrealism are very important today. Because, thanks to photography, the mission of the painting to be realistic has been taken to a lower level. But if people want to scratch their curiosity, surreal painting or symbolic painting is very effective today. In fact, I think it says one of the most important things that the art of painting can say.

"For a surreal painting to be good, the person who made it must produce it with an incessant perversion and curiosity."

Symbols should not be forced. I think the forced symbol doesn't work very well. You don't have to send a message anyway. Because at the end of the day, a good artist is evaluated completely for his works.What the symbols might be is then seen. But we can't figure it out while doing it.

How do you connect the past, present and future? What are your thoughts on life and time? 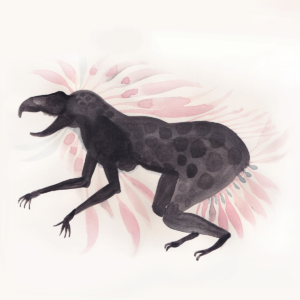 "I personally think that time is already over. We only see it from one direction."

I think that's a good thing too. Because the things we do are never forgotten. This is my personal and somewhat mystical way of looking at the world. The past, the future, and the present are things one should contemplate personally. Things to look at honestly.